Armenian-born soprano Liana Aleksanyan began her musical education at the age of nine with piano lessons at the Mirzoyan Music School. At the age of sixteen she became a singing student at the S. Danielyan Academy, where she started to take on small roles at the opera studio.

In 2000, Ms. Aleksanyan continued her vocal studies with Sergey Danielyan at the Komitas Conservatory in Yerevan, graduating with honours in 2005. She further attended master classes with Dante Mazzola at Milan’s La Scala and while still a student, made her debut at the Armenian National Opera in Yerevan in Verdi’s La Traviata.

She took part in several International competitions and was awarded third prize at the “Concours International de Chant” in Toulouse and was a finalist at the “Competizione dell’opera” in Dresden and at the Hans Gabor Belvedere competition in Vienna which led to her being invited by numerous European opera houses.

Ms. Aleksanyan gathered her first stage experience in Europe as Fiordiligi in Così fan tutte at the Opera de Bauge Festival in France. That same year she made her debuts in the title role of Manon Lescaut at the Oslo National Opera House and the Linz Theatre, and as Contessa in Le nozze di Figaro at the Vienna Volksoper. During the 2006/2007 season she made her debut with the Staatstheater Braunschweig as Violetta, later successfully returning as Gilda, Mimì, Desdemona, Luisa Miller, Amelia in Simon Boccanegra, Tatjana in Eugene Onegin, Elvira in Ernani and others.

In 2010/2011 Liana Aleksanyan was invited to join the ensemble of the Aalto Theater in Essen (Germany), where she worked together with Maestro Stefan Soltesz on a wide-ranging repertoire from Verdi to Puccini, Donizetti, and Mozart. Her roles in Essen included Donna Anna in Don Giovanni, Contessa in Le nozze di Figaro, Amalia in I Masnadieri, Adina in L’elisir d’amore, Antonia in Tales of Hoffmann and Violetta in La Traviata.

Ms. Aleksanyan made her debut at the Hamburg State opera house in 2009, singing the title role of Lucia di Lammermoor and Gilda in Rigoletto. In Hamburg Ms. Aleksanyan also performed Violetta, Micaela and Blanche in Dialogues des Carmélites under the baton of Mrs. Simone Young.

In 2016 she made her highly successful debut as Madama Butterfly at the Oper Köln. She was subsequently invited to sing in another special production of Madama Butterfly directed by Maestro Hugo de Ana in Buenos Aires, Argentina. She also performed at a Gala concert at the Shanghai Grand Theatre conducted by Maestro Daniel Oren.

Since the season 2019/20 Liana Aleksanyan is a member of the ensemble of the Deutsche Oper am Rhein in Düsseldorf/Duisburg where she performed Mimì in a highly acclaimed new production of La Bohème. Further appearances there will include, amongst others, Elisabetta in Don Carlo and Maddalena in Andrea Chenier.

Her debut at Royal Opera House London Covent Garden had been scheduled for May 2021 as Aida. Sadly, the production was cancelled due to the pandemic.

December 2021 saw her debut as Tosca at Teatro Petruzzelli in Bari, Italy, before returning to the Hamburg State Opera as Luisa Miller in February 2022.

May 2022 marked Ms. Aleksanyan’s triumphant debut as Adriana Lecouvreur at Deutsche Oper am Rhein, Düsseldorf, leading the press to rave about the „mesmerizing beauty of her vocal lines”, her “glistening sweet cantilenas”, the “splendour of her lyrical lines and dramatic emotional outbursts”, and “Liana Aleksanyan lives up to the title role’s high demands ravishingly…” 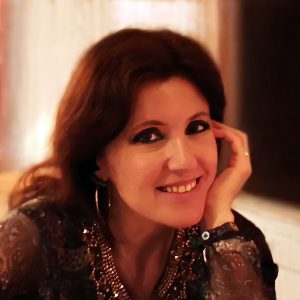